Save animals in need

Animals like these kittens need your help to survive. Please donate today to give them a better life. 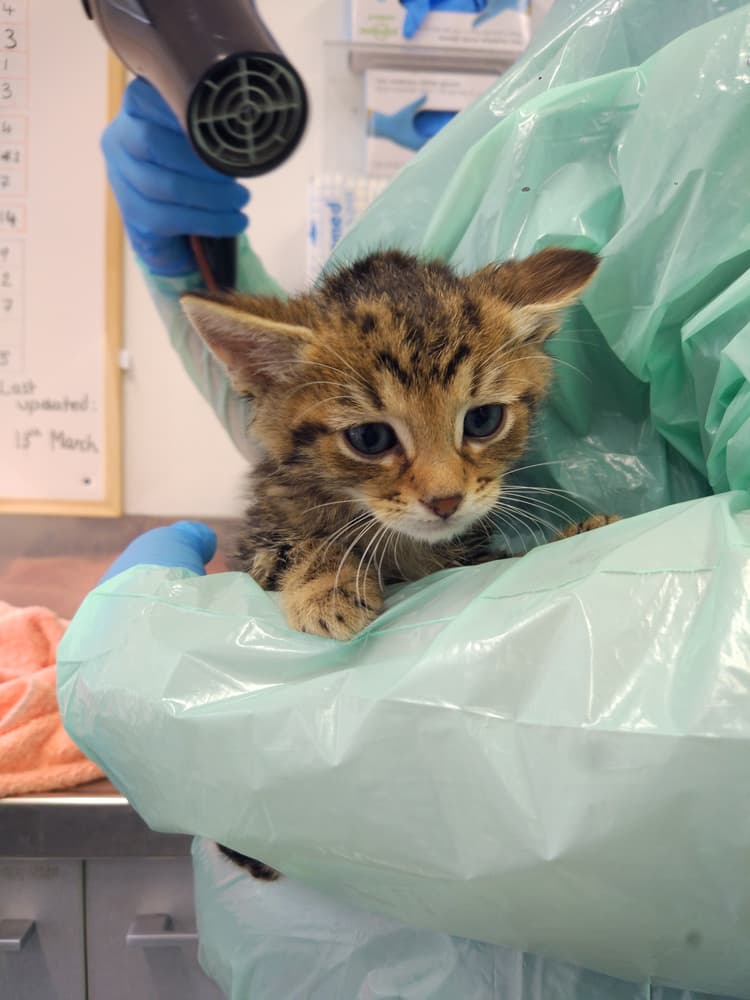 Help save animals like Zeus and the Seven Wonders!

It was late morning at the centre when the phone rang - someone had found an abandoned mother cat with seven kittens. It was just a few days into lockdown and they didn’t know what to do with them all - could we help?

We took down the name and address – and an SPCA Ambulance hit the road.

The kittens were pitifully hungry, dirty and scared. The team named the 5 boys and 2 girls after the seven wonders: Rhodes, Artemis, Babylon, Hali, Giza, Alexandria and Olympia.

The sad truth is: if they hadn’t reached us, these sweet little kittens wouldn’t have survived – they were too young to fend for themselves. They didn’t even have their mum to feed from.

Because, as the team were washing the ‘mum’ who had arrived with the kittens – they noticed a distinct lack of nipples.

Their doting, caring ‘mum’ turned out to be male! We’d all assumed that he was the kittens’ mum.

The team named him Zeus. He could be the kittens’ dad, or a stray cat who was wandering about when he came across the abandoned litter of seven.

We like to think this single dad chose to ‘adopt’ these abandoned kittens, to watch over them until they could be safe.

The kittens and Zeus have all now gone out to foster homes, until they are ready to be adopted.

We can’t do this special, and critical work for the animals without you.

Please, donate today to help animals like Zeus and the Seven Wonders.