With my support, I will rescue animals that have been cruelly abandoned in the cold. 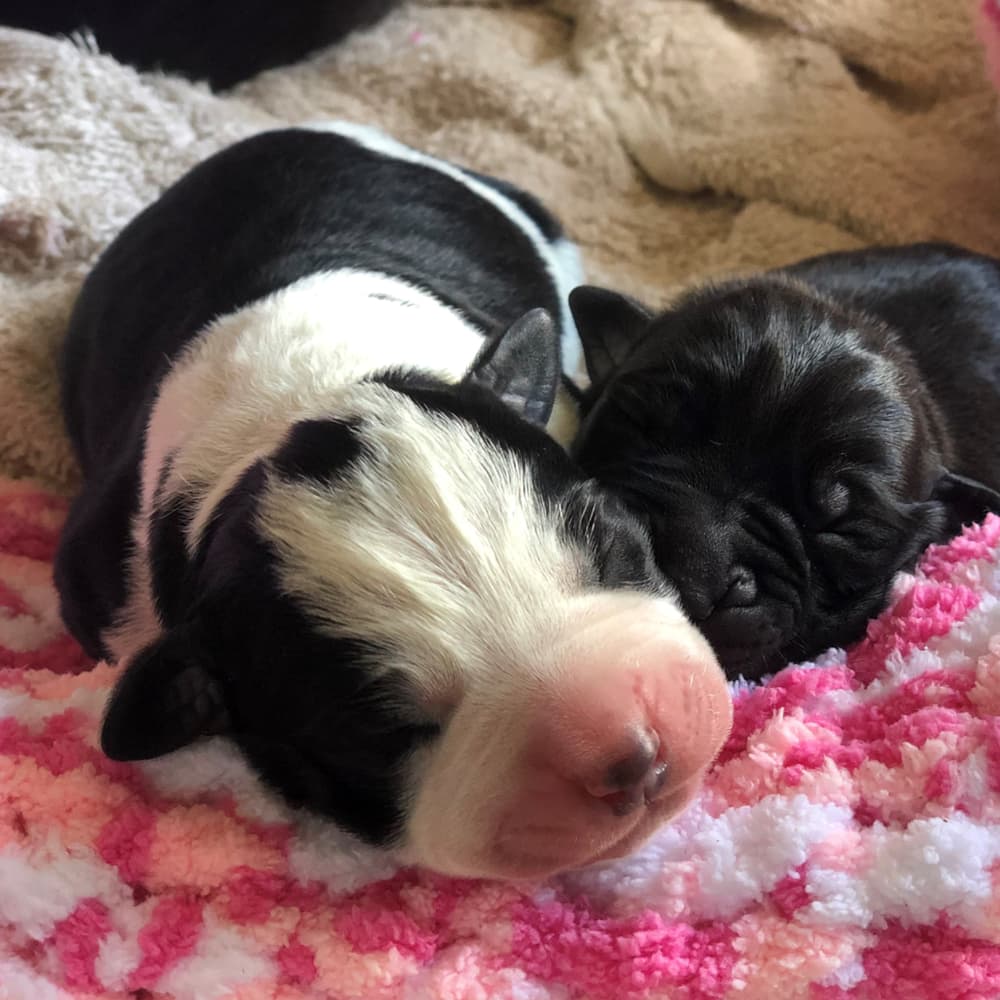 You can rescue animals like Delilah and her siblings!

Delilah and her eight siblings were only one-day-old when they were taken from their mother, and dumped in a box by a cold, damp riverbed. A kind stranger heard their little squeaks for help, rushed the puppies to the local SPCA Centre.

These newborn puppies were so young, their umbilical cords were still bleeding. Puppies this young should have been fed every two hours. They were dangerously cold from being away from their mother’s warmth. The SPCA team rushed into action, warming up their shivering little bodies. They bottle-fed them and gave them a full medical check.

The team knew it would be best for the puppies if they could be matched to a surrogate dog mum. Thankfully, there was a mum dog Nanny at the Centre who had just finished weaning her own puppies. The team introduced her to the puppies, and Nanny took them straight away, whining and licking them as if they were her own.

Sadly, help came too late for three of the puppies. But because of kind supporters like you, the remaining six puppies and Nanny went out to a loving foster home to recover, grow and get all the care they needed.

They spent many weeks with wonderful foster mum Tabitha, and her children. Each puppy flourished in their care, and has since been adopted into loving forever homes.

This winter, many more animals are being dumped in the rain, cold and even in middle of snow storms.

It is only with the kind and compassionate support of Kiwis like you that we are able to save these innocent animals.

Please, donate today to save innocent animals from the cold.